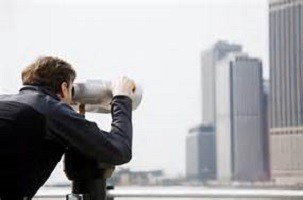 2015 is now in the books and hopefully the year was personally more rewarding than what the stock markets provided. Markets around the world were down in 2015; many had double digit losses. The NYSE Composite Index was down 6.4% for the year. The beginning of 2016 has not been rewarding either. In fact, the first week of the New Year was the worst in history.

While the start of the year has moved us to a more cautious and defensive position, all may not be gloom and doom. As long-term investors, we always seek to stay balanced – objectively considering the potential risks and rewards. 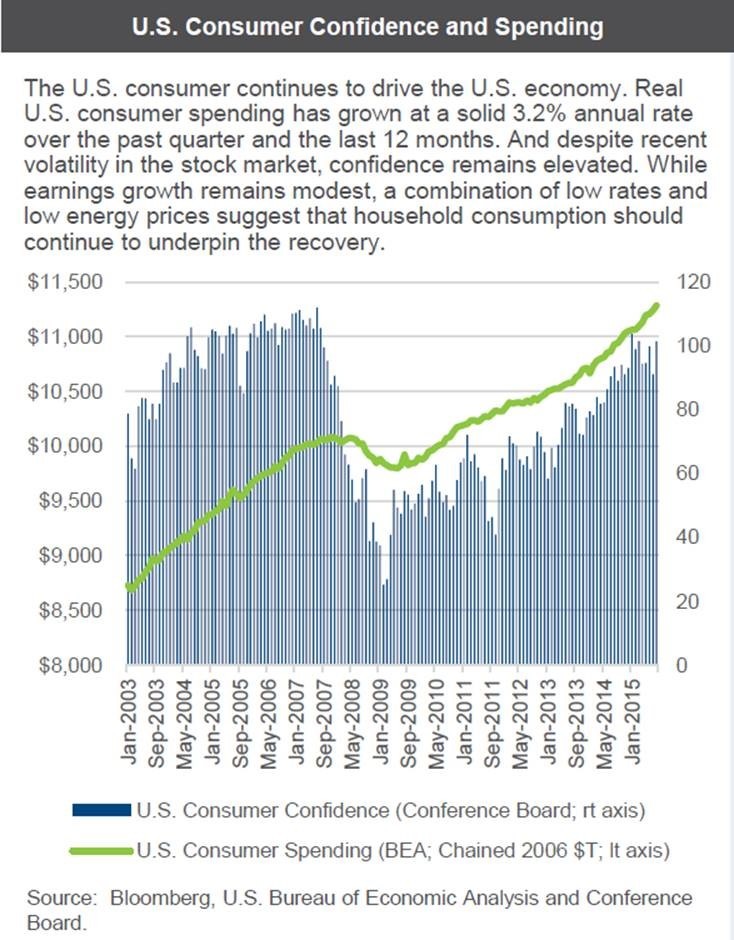 Among the major factors causing concern among investors are (1) rising interest rates, (2) weakness in the Chinese Yuan and Chinese GDP growth, (3) increasing sectarian conflict in the Middle East, (4) the falling price of crude oil and (5) weakness in emerging economies affected by the plunge in commodity prices.

Rising interest rates affect valuation models for equities. When they reach a certain level, interest rates can also cause fixed income securities to become more competitive to equities, thus draining capital away from stocks and into bonds. The Federal Reserve raised the target for the Fed Funds rate on December 16, taking it from 0% – .25% to .25% – .50%. While this was the Fed’s first rate hike in almost 9 years and is the end of its Zero Interest Rate Policy (ZIRP), we do not believe the change meaningfully impacts most equity valuation models. It certainly hasn’t made bonds or Money Market instruments much more attractive. Fidelity’s Money Market Fund still yields 0.1%, unchanged after the Fed’s rate hike. In fact, paradoxically, the 10 year Treasury Note is yielding less now than it did when the Fed raised the Fed Funds target rate! Further, given recent weakness in the US manufacturing sector, we do not believe the Fed is embarked on an aggressive interest rate tightening “cycle” as many now fear. Time will tell.

We believe a major factor in last week’s stock market decline was the Chinese devaluing their currency, the Yuan (also called the Renminbi). Another factor was the sharp decline in the Chinese stock market, with the government struggling to implement effective trading collars. This combination of a weaker Chinese currency and a dysfunctional Chinese stock market makes the Chinese Communist central planners look like the Keystone Cops. Their actions have significantly damaged confidence in their ability to manage their economy and markets. We believe their actions will take additional time to work though world markets and economies. China is attempting to convert their economy from one that is manufacturing-centric to one that is consumer-centric. This transition will take time and we expect it to be bumpy. However, this transition will also provide opportunities, namely to attractive US branded consumer goods. When the dust clears we may re-establish or increase positions in US companies we see as beneficiaries of this Chinese economic transition.

The Sunni / Shia sectarian conflict in the Middle East is beginning to boil over. The Saudis inflamed the situation with the recent execution of a prominent Shite cleric, thus causing a diplomatic crisis between Saudi Arabia & the Gulf States vs. Iran, Yemen & Iraq. While the increased tension has not caused a spike in oil prices as some analysts expected, it has caused investors to focus on the remote possibility of an armed Sunni / Shia conflict on the Arabian peninsula or across the Persian Gulf. We also believe that the nuclear deal negotiated by the Obama Administration has exacerbated tensions among Middle Eastern nations. It is for this reason that we invested in a major defense contractor when the deal was inked. We will be looking to add to our small positions in defense contractors at what we think are opportune times. This is one area of the market that has held up remarkably well amid the weakness.

Much has been written about the falling price of crude oil, and as Texans we understand the market better than most. It is clear to us that the Saudis are intent on destroying existing and potential US oil production – the shale exploration companies that have enjoyed so much success. The Saudis continue to produce all-out, hoping that over time marginal US producers will be forced out, causing production cuts, and ultimately, rising prices for crude. Thus far, their strategy has failed. Many analysts (not from Texas) appear on CNBC to claim that the falling price of crude oil is an indication of a weakening US economy. We believe they couldn’t be more wrong. Demand for oil continues to grow, it is supply that is outstripping demand and causing price weakness. Looking at the chart to the right, you can see that oil supply rose above demand two years ago, triggering our sale of energy stocks. If the EIA projections are close, demand will rise above supply around the end of this year. That would be bullish for oil and likely be a good entry point for buying the stocks of select companies in the energy industry.

Related to the Saudi attack on our oil and gas industry, we recently posted an article to the Blog section of our website, elaborating on steps we believe the Federal government should take to defend the US oil industry from Saudi attack. You can find it by clicking the link below:

If you agree with our points, we encourage you to forward the article to your Representative in Washington.

The weakness in commodity prices and the effect on emerging economies is a problem that is well-recognized by Wall Street. We expect several companies may fail by the time the commodity rout is over. Freeport McMoRan in the copper and gold mining business is one such company on the ropes. One can never know the exact bottom in commodity-related businesses but we will be watching supply/demand charts similar to the one above, specifically watching for supply to drop below demand.   We’re not quite there yet, but we think when the cycle turns, the opportunity for capital gains will be enormous. We’re now engaged in “watchful waiting” for that opportunity.

As is typical during dramatic market declines, newsletter writers appear in print and broadcast media predicting doom & gloom. They realize that fear sells, and they attempt to capitalize on the public’s fear. No doubt you’ve been exposed to some of their messages. As professional investors we do not completely discount their negative points, but unlike them, our job is to stay balanced, maintain objectivity and watch for opportunities.

Our job is also to protect your capital in difficult times and seek alternatives that we believe are less volatile than common stocks, yet provide income. We have raised a significant amount of cash over the last few weeks and are positioning some of the assets in alternatives, preferred stock and some bonds. We will be patient in deploying the cash, hoping to find some bargains in the days and weeks ahead. Hopefully this will help you rest easier at night.

We remain objective and balanced, always seeking what we believe are high probability opportunities for capital gains. If you have questions or simply want to discuss the state of the world, your account and your investments, know that we are always available to you.

Disclosure: Nothing contained herein is to be considered a solicitation, research material, an investment recommendation or advice of any kind. The information contained herein may contain information that is subject to change without notice. Any investments or strategies referenced herein do not take into account the investment objectives, financial situation or particular needs of any specific person. Product suitability must be independently determined for each individual investor. Frank Beck & Beck Capital Management explicitly disclaims any responsibility for product suitability or suitability determinations related to individual investors. The investment products discussed herein are considered complex investment products. Such products contain unique risks, terms, conditions and fees specific to each offering. Depending upon the particular product, risks include, but are not limited to, issuer credit risk, liquidity risk, market risk, the performance of an underlying derivative financial instrument, formula or strategy. Return of principal is not guaranteed above FDIC insurance limits and is subject to the creditworthiness of the issuer. You should not purchase an investment product or make an investment recommendation to a customer until you have read the specific offering documentation and understand the specific investment terms and risks of such investment.

This material represents an assessment of the market and economic environment at a specific point in time and is not intended to be a forecast of future events, or a guarantee of future results. Forward-looking statements are subject to certain risks and uncertainties. Actual results, performance, or achievements may differ materially from those expressed or implied. Information is based on data gathered from what we believe are reliable sources. It is not guaranteed as to accuracy, does not purport to be complete and is not intended to be used as a primary basis for investment decisions. It should also not be construed as advice meeting the particular investment needs of any investor. Past performance does not guarantee future results.

Market View July 2018: Pathway to Growth
August 2, 2018
What We’re Talking About
Questions?
Please feel free to get in touch with us.